Everest Base Camp Trek A Must Go Place For All Trekkers 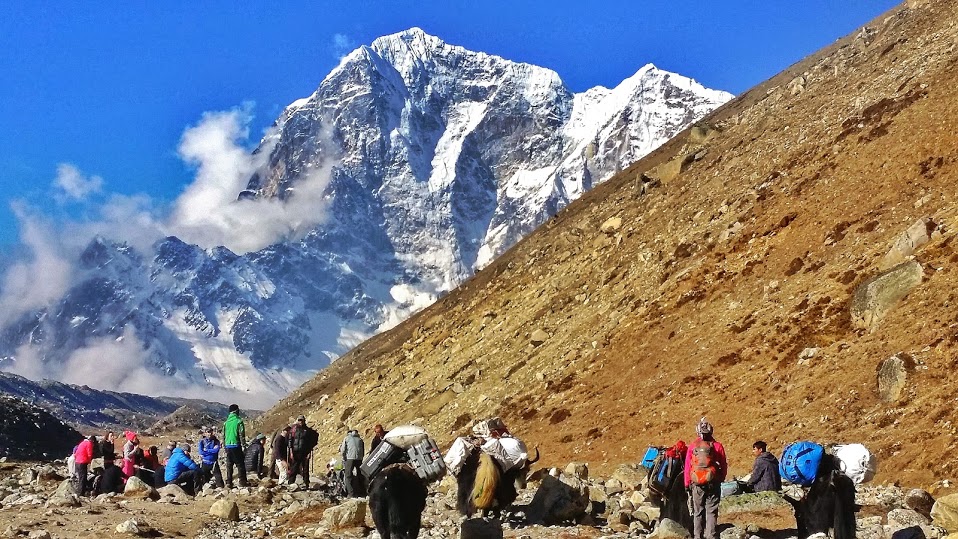 Nepal offers a range of real adventure experiences that appeals to all ages; in other words, there is something for everyone here. Everest Base Camp Trek is one of the finest and most popular place for trekking in Nepal, and Everest region being one of the best destinations.

This trek has been popular since Sir Edmund Hillary and Tenzing Norgay Sherpa reached the summit of Mount Everest in 1953 AD. The trek has been one of the early passageways for mountaineers at the beginning of their expeditions to the top. Everest Base Camp and Kala Patthar are the two main attractions that you cover on your two weeks long journey.

Everest Base Camp trek is a trip that is full of great challenges and adventures. Moreover, anybody would enjoy the pleasure of being so close to the highest mountain on earth. The views of the glistening snow covered and the fabulous glaciers that you get to enjoy on the route are magnificent. Further, you experience Tibetan Buddhist culture, amazing Sherpa settlements, centuries old monasteries, and friendly environment full of smiling Sherpa people on the trip.

The trip starts with an orientation about the trek, and immediately after that, you experience the thrilling and exciting flight to Lukla, the world famous, and probably the most dangerous, airport. Soon, we get along our venture to the base of the world’s highest mountain, Everest. We begin walking along the Dudh Koshi River, and on our way, cross the Hillary Bridge, one of the highest bridges on the planet.

On the trek, we climb uphill to reach the gateway of the Sherpa settlement of Namche Bazaar, where you spend two nights to ensure proper acclimatization. From Namche Bazaar, you hike up to Everest View Hotel for the magnificent views. You also get to the hidden valley of Khumjung to see the world’s only yeti scalp and the nearby village of Khunde.

Leaving Namche, we make our way to Kayangjuma, then on to Dingboche via Phortse, following the rarely travelled route to Everest Base Camp. Scenic Dingboche is situated in the sunny valley, in front of the imposing Ama Dablam Mountain. It is indeed a great place to stay two nights to acclimatize to the lower oxygen levels that you will encounter above 5,000 meters.

The landscape on this Everest Base Camp Trek becomes rockier as we ascend above the treeline. Eventually, we will be walking on the moraine trail of Khumbu Glacier to Lubuche and Gorakshep. Gorakshep happens to be the last settlement area before Everest Base Camp.

Getting to Everest Base Camp requires trekking over the rocky moraines, which can be difficult but also motivating as the Base Camp is always in sight. Kalapatthar (5,545 m), which we will ascend the following morning, will be the highest elevation we cover on our trek. From Kalapatthar, we enjoy an obvious view of the tallest Himalayas peaks, including Mt. Everest (8,848 m), Lhotse (8,414 m), Ama Dablam and Pumori (7,165 m).

After exploring the Base Camp and Kala Patthar, we will conclude our trek by heading down to Pheriche and Tengboche. The latter of which houses a famous monastery called Dawa Choling Gompa. We proceed back down to Lukla, from where we fly our way back to Kathmandu.

There is nothing that compares to the feeling one experiences when they are at the Everest Base Camp, standing face to face with Mount Everest. The trekkers feel a certain rush and pride within them. The travelers are bound to feel joyous at the place, and also while enjoying the views of the mountains from the top of Kala Patthar.

Five reasons to select limousine services for the next event